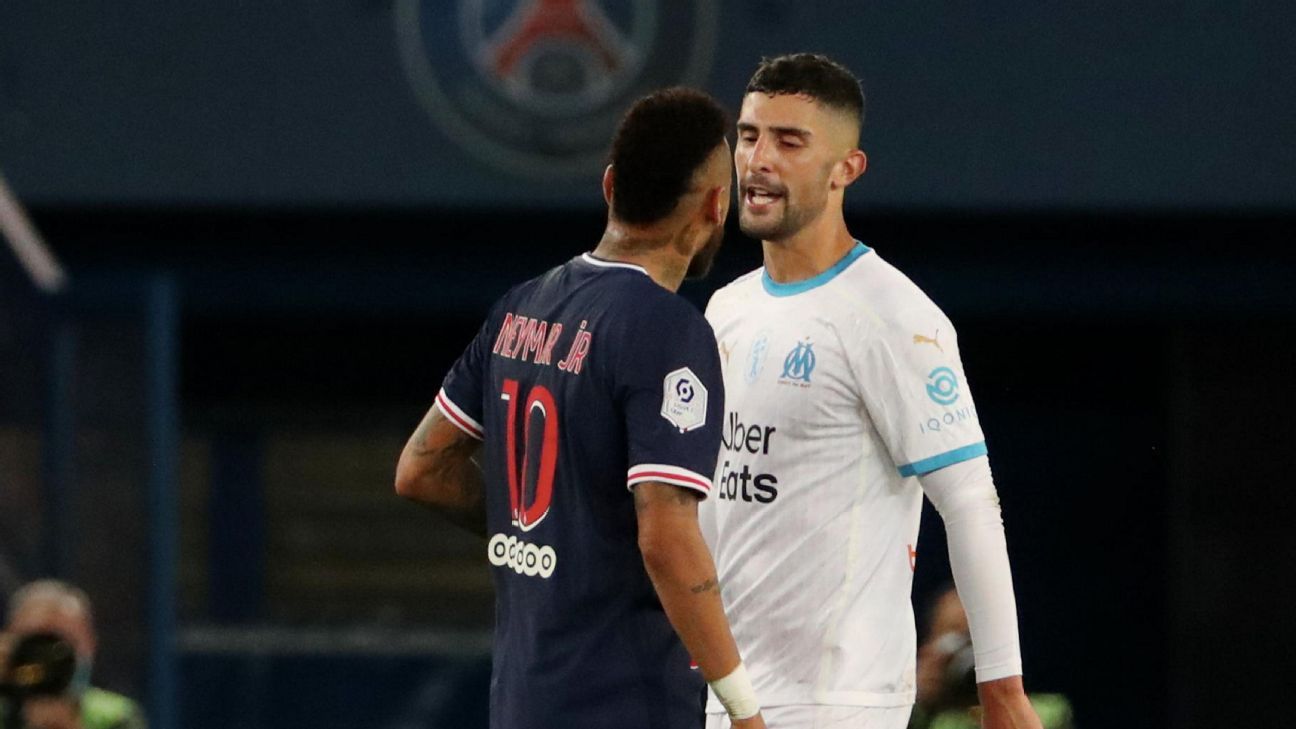 A Ligue 1 discipline committee will look into allegations that Paris Saint-Germain‘s Neymar was subjected to racist abuse during their 1-0 loss against Marseille on Sunday with the league likely to launch a full investigation, sources have told ESPN.

The committee is also examining the possibility of launching an investigation into allegations that PSG’s Angel Di Maria spat on Marseille player Alvaro Gonzalez.

The league’s discipline committee will meet on Wednesday to assess the sending off and the report of referee Jerome Brisard.

According to the French Federation’s rules, “an act of brutality or a kick” could be punished by a seven-game ban. Racist behaviour could be a maximum of 10 matches while being found guilty of spitting could earn a player a six-game ban.

Sources have told ESPN that PSG are fully supporting Neymar in his claim that he was racially abused on the pitch.

Five players, including Neymar, were sent off at the end of the game after a fight occurred. As he left the pitch, Neymar could be heard repeating “no racism, no racism” to the officials.

Neymar posted on Twitter after the match, calling for action to be taken after claiming he was called a racial slur at some point during the game.

“VAR catching my ‘aggression’ is easy,” the tweet began. “Now I want to see the image of the racist calling me a ‘monkey motherf—er’… this is what I want to see!”