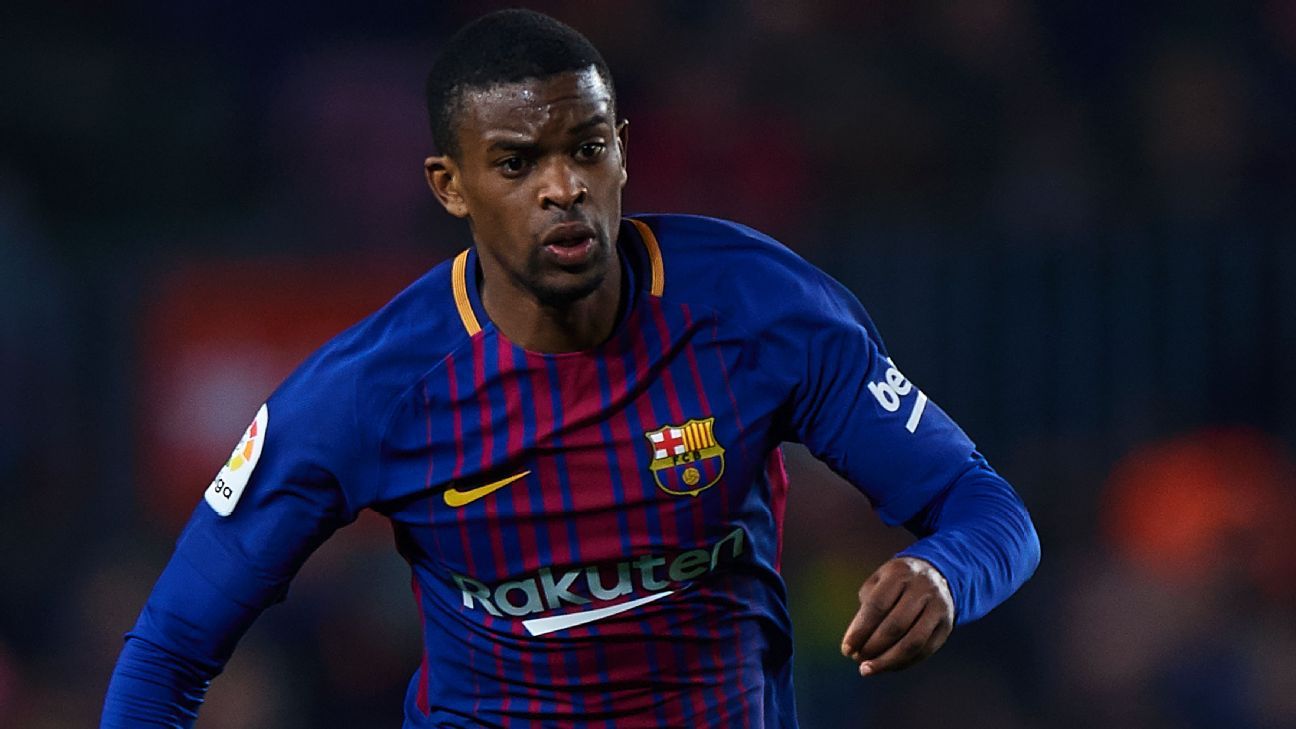 The winter transfer window is closed, but now it’s time to look ahead to the summer! Here are the new rumours floating around Europe’s big leagues and beyond.

Manchester City are in advanced talks to bring in Barcelona right-back Nelson Semedo, with Joao Cancelo heading in the other direction.

– Stream new episodes of ESPN FC Monday-Friday on ESPN+
– Stream every episode of 30 for 30: Soccer Stories on ESPN+

City are looking to pay Barca a fee as well as include Cancelo in the deal, and Sport is suggesting that an agreement is likely to be reached in the next few weeks.

Barca have given Jorge Mendes, Semedo’s agent, the green light to negotiate the deal and while a fee of €45 million has been mooted, the Blaugrana are open to a swap deal.

Talks with Semedo over a possible new deal have ended and so the club are keen to recoup as much money for him as possible, with his existing deal ending in 2022.

City believe Semedo will fit perfectly into the Premier League while the deal also enables them to offload Cancelo, who has struggled to find his feet in England,

Thomas Partey is one of the most sought-after players in Europe right now and Spanish publication El Desmarque believe Bayern Munich have joined clubs such as Arsenal and Paris Saint-Germain in the hunt for the Atletico Madrid star’s signature.

Bayern are looking to replace Javi Martinez and have listed Partey as one player who could do the job. The German giants will have to get in line, however, as the Gunners and PSG have been chasing the Ghanaian for some time.

Partey is yet to commit his future to the Rojiblancos despite the best efforts of Atletico’s representatives, and PSG could certainly afford his €50m release clause, particularly if they sell Neymar to Barcelona.

That fee could test Arsenal’s limited funds, though they may be able to throw a player into the equation to help sweeten the deal, while selling stars such as Pierre-Emerick Aubameyang and Mesut Ozil could free up some much-needed spending money.

Jadon Sancho‘s protracted move to Manchester United continues to gather momentum, despite Ed Woodward’s warning that the club is “not immune from the financial impact of coronavirus.”

The Mirror is reporting that the Reds are reserving the fabled No. 7 shirt for Sancho in an effort to convince him to put pen to paper.

Borussia Dortmund are still desperate to keep the 20-year-old at the club and have offered Sancho an extended deal, but United are hoping the famous jersey — worn by players such as George Best, Bryan Robson and Cristiano Ronaldo — alongside a lucrative contract, can help persuade Sancho to swap Germany for a return to Manchester.

Sancho remains hot property and United aren’t the only club trying to buy him, with Chelsea also said to be interested.

However, Ole Gunnar Solskjaer has made no secret of his desire to not only bring Sancho to Old Trafford, but build a new-look side around him.

– Further to the Daily Mail’s claims that Chelsea are keen to sign Napoli‘s Dries Mertens, Calciomercato report that Inter Milan are not only in the hunt for his signature too, they’ve been laying the groundwork for a move for some time. Inter CEO Giuseppe Marotta has been in regular contact with Mertens, and it is believed the Nerazzurri will try and sign him regardless of whether or not Lautaro Martinez moves to Barcelona.

– Juventus and Barcelona are alleged to have reached advanced negotiations involving a swap deal between Arthur and Miralem Pjanic, reports Tuttosport. The move now sits with the individual players, with sources telling ESPN that Arthur is keen to stay at Camp Nou. However, the 23-year-old is well aware of the club’s plans to move him, and he is said to prefer a move to Juve rather than Inter Milan, who are also interested.